Power an LED from a wireless charger

In this activity we will use a wireless charger to power an LED via inductive electromagnetic coupling.  The wireless charging pad generates an oscillating magnetic field which induces a current in a coil of wire connected to the LED.

Watch the video to get started …

You will need just a few items as show in the Materials List. Any wireless phone charger and LED should work.  For the wire, I used 22 AWG bell wire with an enamel installation. You can use any thin copper wire. For example the coil from an old doorbell or one of the wires from an old USB or Ethernet cable.

As shown in in the video here are the steps:

Now you’re ready to give it a try! Make sure your wireless charger is plugged in and then slowly move the coil onto the pad. You should see the LED start blinking.

If your LED does not start blinking try moving the coil around on the charger to find a strong portion of the magnetic field. Also check the twists between the coil and the LED … make sure they are tight and the two sides are not touching. Also make sure you removed the insulation from the twisted section.

Move the coil around the edge of the pad. Can you figure out how much of the coil needs to be over the pad in order for the LED to blink?

Try moving the coil up and down.  How far above the charger can you get before the LED stops blinking?

Try making a coil with more turns or fewer turns and see what happens. Does more turns make the LED brighter?

How does it work?

Wireless charging has been around since the late 19th century, when electricity pioneer Nikola Tesla demonstrated magnetic resonant coupling – the ability to transmit electricity through the air by creating a magnetic field between two circuits, a transmitter and a receiver.

The charger has a coil with an alternating current which generates a magnetic field. When you place the coil connected to the LED in this field a current is induced and the LED lights up.

Why is it blinking?

To save energy, the wireless charger does not generate a field constantly. Instead it generates brief pulses. When your phone gets close to the pad it detects the pulses and signal to the charger to begin charging. At this point the charger stops pulsing and generates a steady charging field.

Excuse me … don’t you need a resistor?

If you have an electronics background then you might be asking why we don’t have a current limiting resistor between the coil and the anode on the LED? To make this activity as simple as possible we left out the resistor. The pulsing current from the charger does not last long enough to damage the LED in the short term. If we tried to add a resistor then we would have to take into account the current level induced in the coil and the specifications of the LED in order to determine the size of the resistor. Since we wanted the activity to work with any combination of LED, coil and charger we left the resistor out. 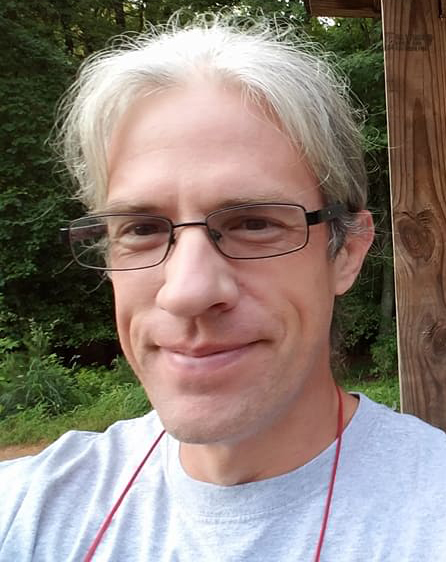